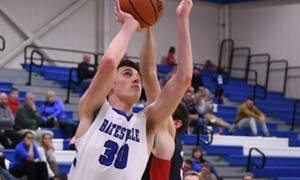 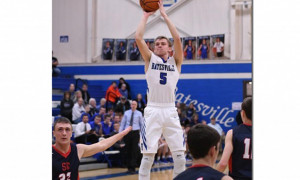 The Batesville High School varsity basketball team turned in a solid effort Thursday and came away with a victory at home against South Dearborn.

The Bulldogs outscored the Knights 18-6 in the first quarter and went on to post a 65-32 victory.

The Bulldogs were more aggressive at both ends of the floor and it produced positive results.

Offensively, the Bulldogs had 15 assists on 22 made field goals. Four people scored in double figures. Garrett Burkhart led the way with 13 points, while Gunnar Olsen and Robert Raver added 12 apiece. Trey Heidlage was fourth on the team with 10.

Tristian Lamppert recorded a team-high 10 rebounds, including eight on the defensive end. Burkhart and Isaac Barker each had a pair of steals.

The Bulldogs held South Dearborn ton only 9-of 15 shooting on the night.

No Events This Week

Events are added by athletic staff.
View All Events