There were many individuals performed above and beyond, placing higher than their seedings, causing many of their personal records to be broken. The weather was almost perfect for those competing, although some of the spectators might have wanted a few degrees warmer, and the Bulldogs took advantage of it, according to coach Lisa Gausman.

Batesville claimed nine individual championships and four relay championships on the night. The relays were exciting as all four came down to the final stretch.

The meet also awarded an overall MVP for both the boys and the girls for the athlete that scored the most points for the night and I am proud to report that both of these athletes were wearing the big “B” on their jersey, representing Batesville High School well. The MVP’s for the night were freshman, Stephanie Nobbe and senior John Moody.

The Batesville men’s team were the overall champions for the night out scoring their opponents by over 30 points. The ladies placed second with a team score of 132 points. 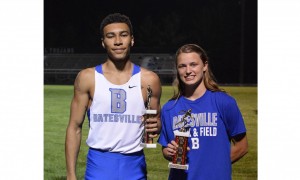 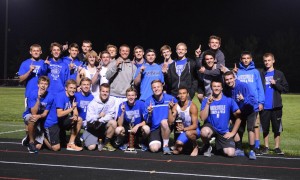