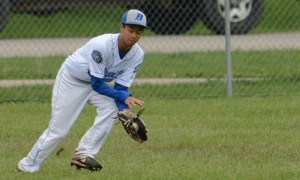 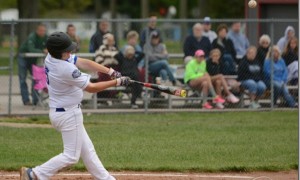 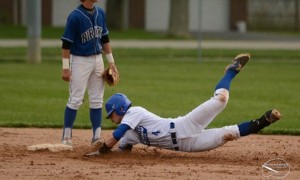 The Batesville High School varsity baseball team defeated Greensburg by a score of 11-2 in seven innings on Monday at Liberty Park after an eight-run explosion in the fifth inning.

The Bulldogs rally in the fifth was started by junior Zach Britton with a solo home run.

Eventually, the Bulldogs loaded the bases, which led to back-to-back RBI suicide squeeze bunts by senior Leo Enneking and junior Alex McPherson. Both players were able to advance to second on the play by an error. Freshman Trey Heidlage, also bunted for an RBI single as junior Jacob Christie hit a two-run single to make it 11-2 after the fifth inning.

Britton had three extra-base hits for the Bulldogs, as he had a double, triple, and a home run. Britton also earned an intentional walk.

Jacob WilsonÂ was a workhorse on the hill again and recorded the win for the Bulldogs. Wilson pitched seven innings and allowed two earned runs, three hits and five walks while striking out four. As a pitcher, Wilson is 4-1 with a 1.45 ERA on the year.

“Everyone played their important role tonight and played with passion while doing it. I was proud of their effort tonight,” Coach Tucker stated.

Greensburg’s Kane was charged with the loss. He allowed eight runs in four innings, walked three and struck out five.

The Batesville Bulldogs jumped out to an early 1-0 lead in the bottom of the first.

The lead stayed with the Batesville Bulldogs after the third, when they scored two runs on a two-run double by Britton.